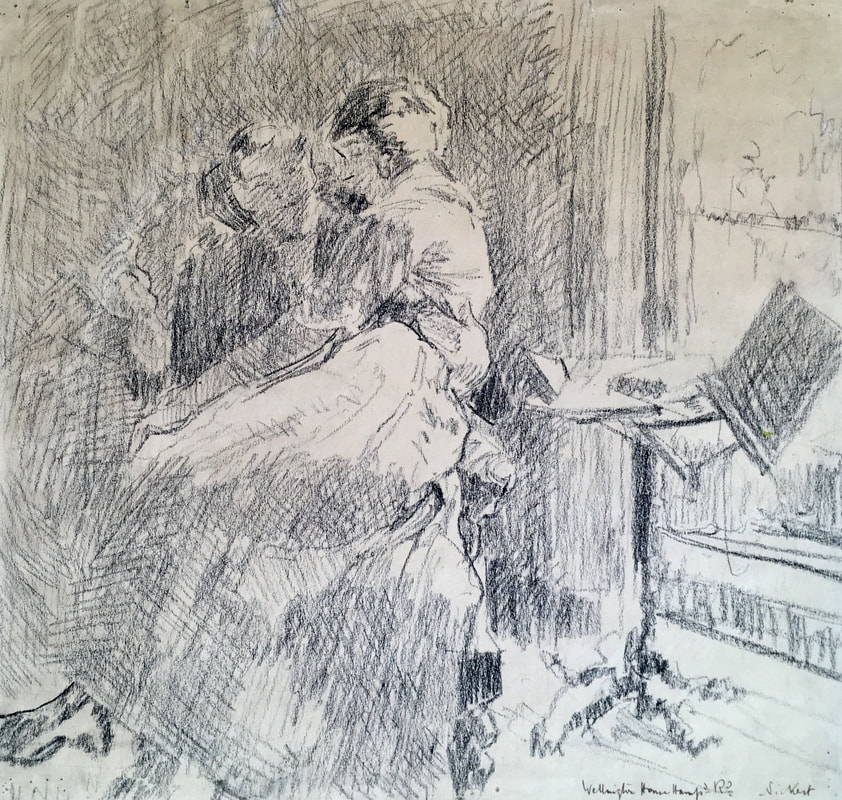 ​Signed and inscribed 'Wellington House Hampd Rd/Sickert' (lower right) 'Ethel Sands told me that Gilman modelled for the male figure; she felt it would be improper to tell me who modelled for the girl sitting on his lap. Bromberg, in discussing the meaning of the title, suggested that the "letters" in question may have been a pun for "French letters". I believe the allusion was more direct, if a trifle ironic, and that the model was Enid Bagnold, in 1912 not only a pupil of Sickert at Rowlandson House but a journalist writing for Hearth and Home, which was edited by the notorious philanderer Frank Harris (to whom she lost her heart and her virginity). The girl in Femme de Lettres resembles Miss Bagnold.' (Wendy Baron, Sickert, Paintings & Drawings, Yale University Press, New Haven and London, 2006 no.401).
ENQUIRE