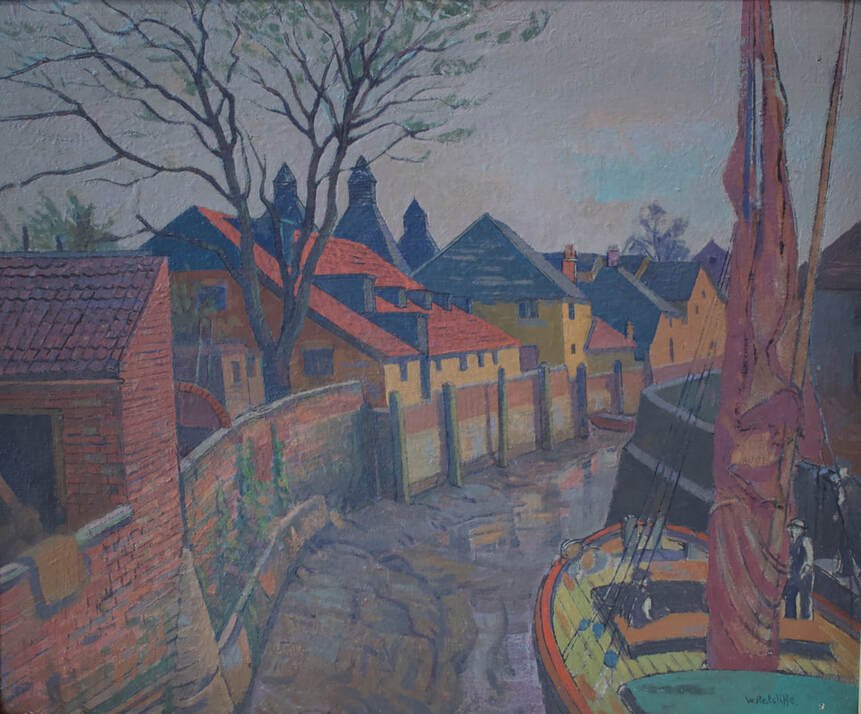 Hammersmith Creek was once a thriving outflow river of the Stamford Brook. A centre for fishing, boatbuilding and other riverine businesses, such as maltsters and laundrymen, it was known as Little Wapping in the nineteenth century. It was redundant by the time of Ratcliffe’s visit, and filled in by 1936. Modest and rather antisocial, Ratcliffe exhibited at all three of the Camden Town Group exhibitions, at the invitation of Gilman, who was something of a mentor to him. He lived for many years in Letchworth Garden City, a centre for arts and crafts principles and socialism. What took him to Hammersmith is unclear, west London being off the radar for artists of the Camden Town Group. William Morris (of whom Ratcliffe was a great admirer) had lived there a few decades earlier and the Camden Town Group artists - whether they knew it or not at the time - liked to observe and portray aspects of disappearing London. 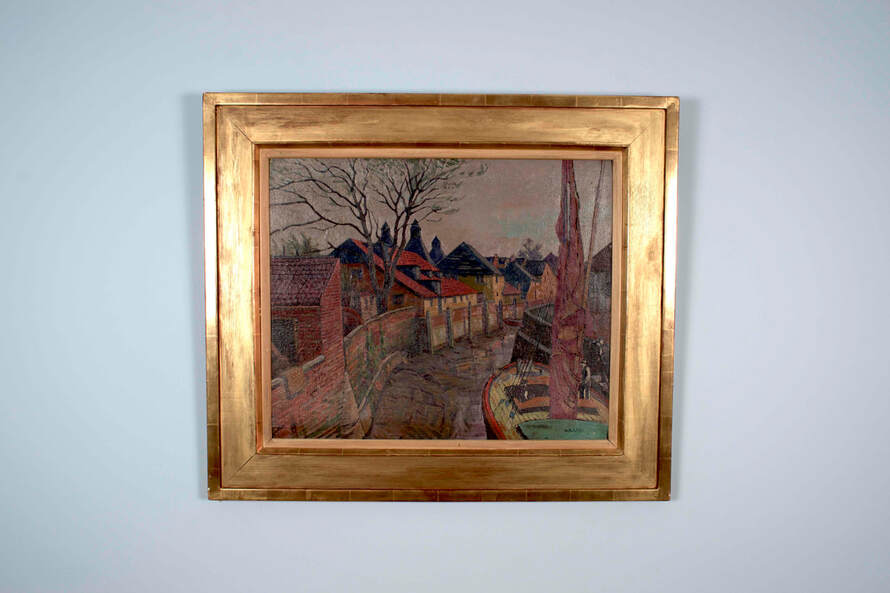