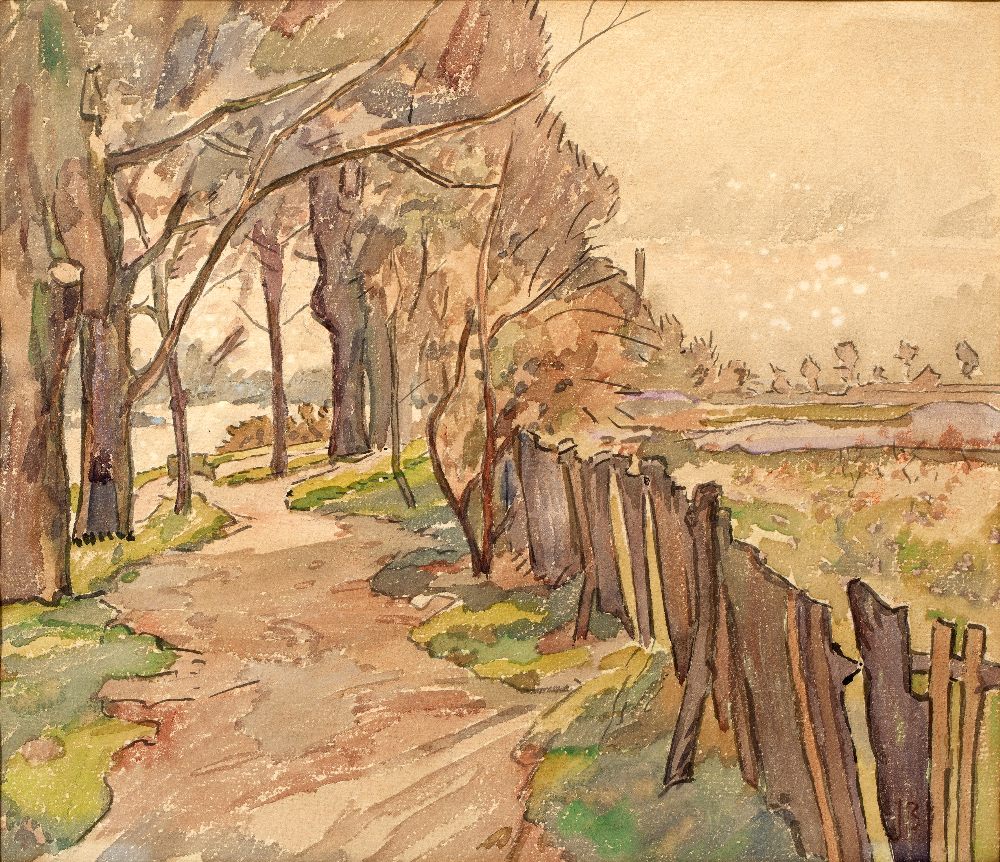 By the Thames - Chiswick 1914
Pencil, pen and ink and watercolour 10 ¼ x 11 ¾ inches (26 x 30 cm)
Brown was never a member of the Camden Town Group but he was close to a number of its members and responded to their subject matter and style.