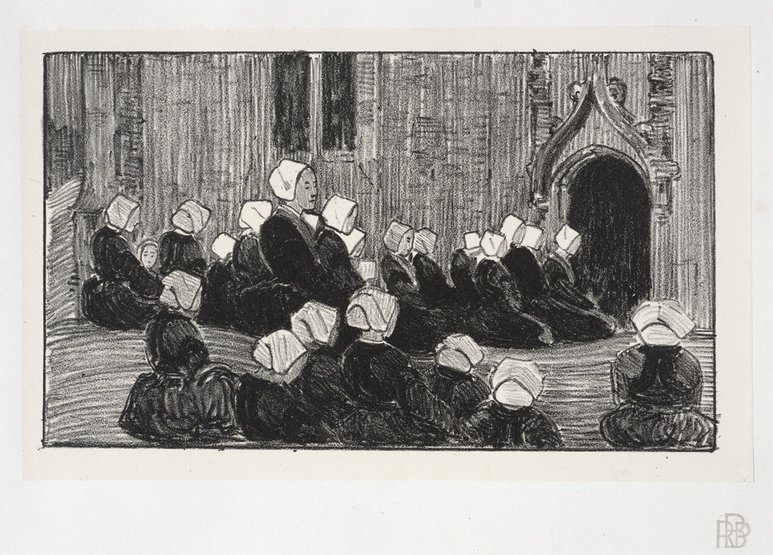 ​PROVENANCE:
By descent to the Artist’s Son, R.P. Bevan; by descent; Private Collection.

This is an extremely rare print of which there are only six impressions. This is one that Bevan himself retained, and remained with his descendants. This impression has been exhibited in all Bevan’s survey exhibitions.

Of all Bevan’s Breton prints, this lithograph shows the most direct influence on him of the Pont-Aven school. The choice of subject is a familiar one – Gauguin’s Vision after the Sermon (1888) being the most famous source – but it probably owes most to Emile Bernard’s Breton Women in a Green Meadow (1888) which depicts a group of women seated in a similar arrangement. Bevan made eight Brittany lithographs, drawn on the stone at Pont-Aven between 1891 and 1894. The surviving proofs were probably made in France and no editions appear to have been printed for sale. Bevan is believed to have seen this scene at the Chapelle de Tremalo, Pont-Aven