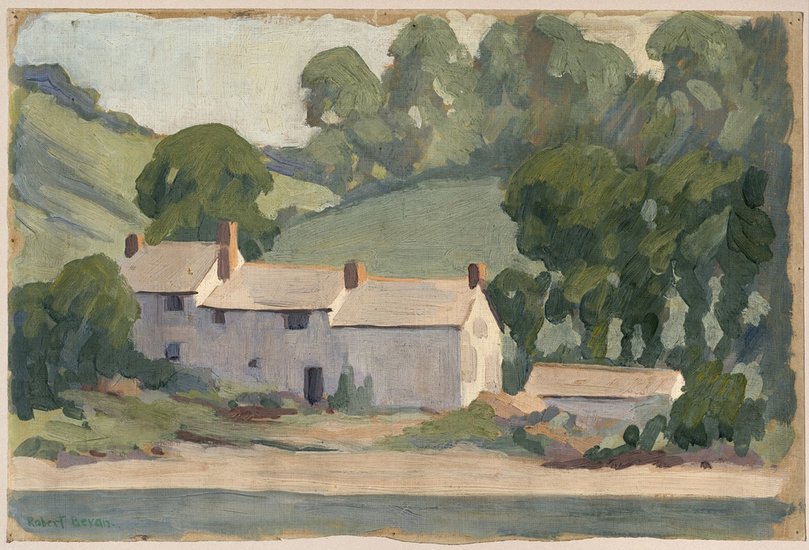 Bevan had first known the West of England from solitary days living at Hawkridge on Exmoor after his return from Pont Aven. He first came to know the Blackdown Hills in Devon in 1913 when he spent a period with Harold Harrison at Applehayes, visiting again in 1915. From 1916 to 1919 he rented a cottage in Lytchett and in 1920 a studio at Gould’s Farm, a few miles to the south, at Luppitt. Bevan was a countryman through and through, and enjoyed both the unfettered life of what was still a relatively remote agricultural community and the rolling landscape and deep valleys of this part of England which inspired a rich burst of creativity.
Bevan's picture of the farm at Luppitt Common is painted freely, with wonderfully fluent strokes of the brush and was evidently made in the open air, seated before the subject. It is a work that essentially rests in the traditions of English landscape, but painted with impressionist, plein-airist freedom. The full-leafed trees and sunshine indicate that this is a summer scene.