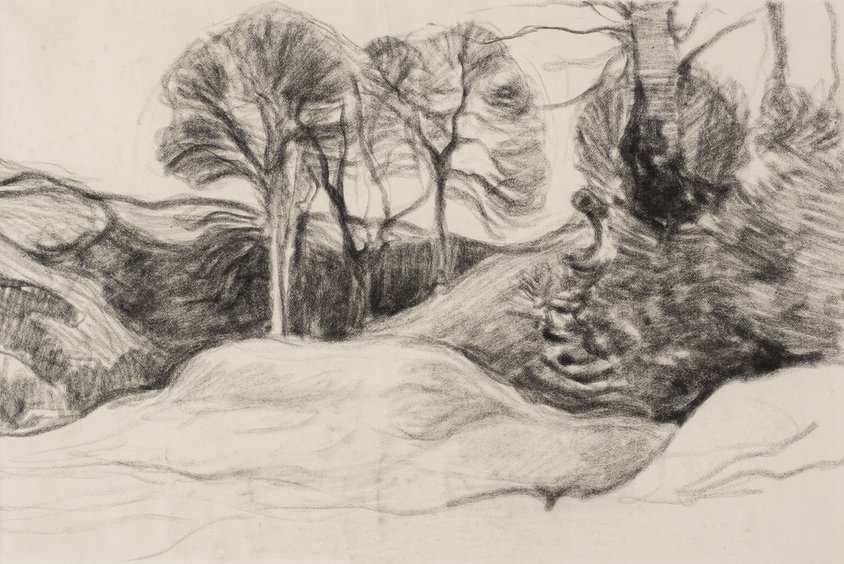 Robert Bevan had direct experience of impressionist and post-impressionist developments on the Continent. From 1889-90 he attended the Academie Julian in Paris, and in August 1890 travelled to Pont Aven. Pont-Aven had been an artists’ colony since the 1860s; by the 1880s the town had become a thriving community of disparate artists who were drawn to the picturesque landscape and people of Brittany. Its most famous resident was Gauguin who based his pictures around Breton costumes and customs, works which took on an increasingly rich colouring and symbolist character. Bevan spent two periods there - 1890-1 and 1893-4 - in the last of which he became part of Gauguin’s orbit. The French artist dedicated his 1894 monotype Two Tahitian Women ‘à l’ami Bavan' [sic] and there is what appears to be a portrait of Gauguin in one of Bevan’s sketchbooks now held by the Ashmolean Museum, Oxford. Bevan also met Renoir, who greatly encouraged him, particularly in his desire to paint horses.