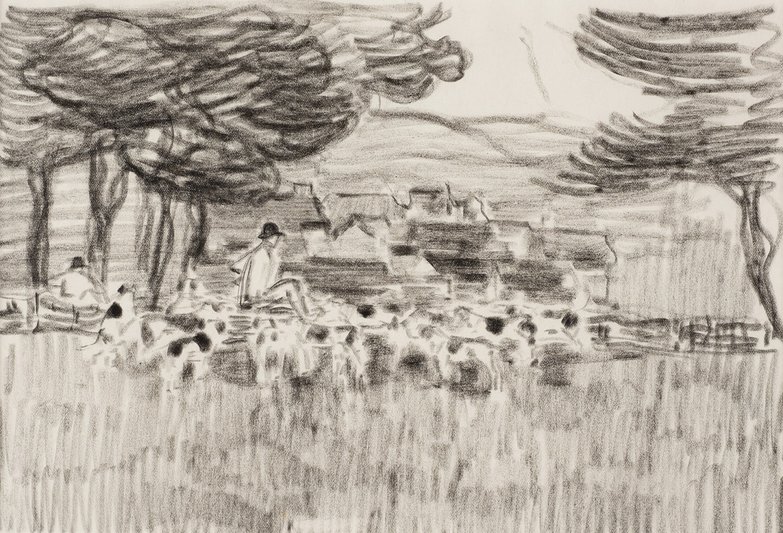 ​After his return from France in 1894 Bevan settled in the South Exmoor village of Hawkridge, one of the oldest communities on the moor. Here he remained until his marriage in 1897 to the Polish painter Stanislawa de Karlowska, a fellow student from his days at the Academie Julian in Paris. At Hawkridge Bevan split his time between painting and riding to hounds, and occasionally - as in the present drawing - combined the two. Bevan had been a keen huntsman since his youth, when the local hunt would meet in the grounds of his family home in Sussex.

Bevan’s drawing shows the hounds gathering in a field adjacent to the cluster of cottages and farms buildings at the centre of the village, the hills rising beyond. The fresh spontaneity and immediacy of the draughtsmanship indicate he evidently drew directly it on the spot, probably in a large sketchbook. Despite depicting a most English subject the style of the drawing itself it emphatically French, the curving lines of the trees plainly derived from Gauguin and the Pont Aven School.
ENQUIRE